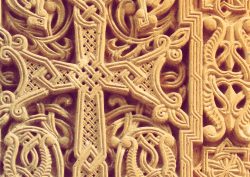 “Who is nowadays still talking about the extermination of the Armenians?” Not until June 2016 did the German Bundestag (Federal Parliament) categorise the massacres of Armenians, which were committed by the former Ottoman Empire, as a genocide – roughly one hundred years later. In order to express the emotional turmoil of the Armenian people and the their will to survive, Erkoreka transfers the tension between melody and drone to a single solo instrument. END_OF_DOCUMENT_TOKEN_TO_BE_REPLACED